by Christina Moutsou | Sep 17, 2021 | Reflections on life and practice 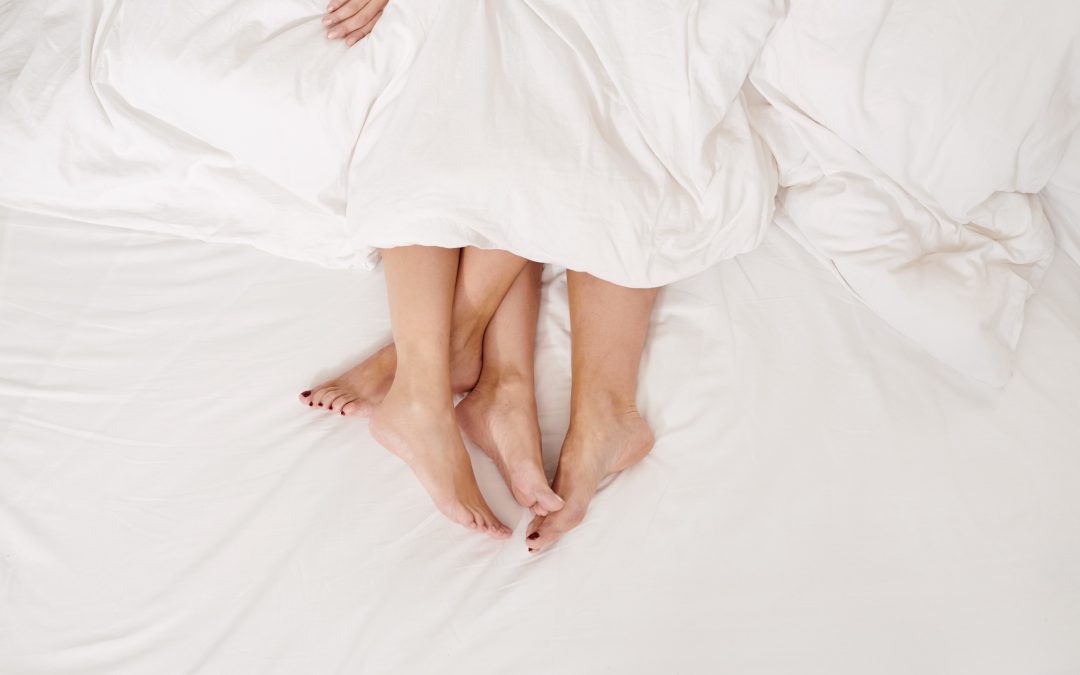 Why is sex so notoriously difficult to write or talk about and yet, such a salient and informative experience in human life? Is it only the fear of becoming titilating, crossing the boundary between the personal and the grotesque that holds back most people from talking freely about sex more generally and their sex lives more specifically? As a child, I was particularly curious about the idea of private versus public. What made a matter private and not to be talked about? My mother was worried that I was, in her words, ‘an open book’ and that sharing my thoughts so freely even with strangers was likely to cause me trouble, yet it is only very recently that I started considering seriously the idea that one should be very careful when talking about certain matters, that revealing oneself is not always safe. I would argue that it is precisely the latter, revealing oneself that most people avoid in their reluctance to talk about sex, their sexuality and even more their sex lives.

My training in anthropology though has also taught me that what is considered public or private varies significantly according to the cultural context. Sex and money seem to be taboo subjects in Anglophone cultures, while in the Greek cultural context (which I think is also the case in other Mediterranean contexts) conversations about sex and money are much more permissible and even welcome between friends, while illness, and in particular certain more deadly forms of it such as cancer, is considered taboo and a subject to be avoided. I suspect that the delineation between public and private is a lot to do with culture specific representations of vulnerability, which are often connected with the body in a primary way. What is it about naked bodies expressing themselves sexually that evokes such acute sense of vulnerability in the British context? Is it desire in its crudest form that is never to be recognised as socially palatable?

I recently attended a talk by Sally Rooney on her new book ‘Beautiful world, where are you?’ One of the questions from the audience was about the sex scenes in her books and how she manages to write about sex so well. Her answer was that any scene in a book needs to be there for a reason and the reason needs to be valid. So in literary fiction, a valid reason would be finding out something important about the characters or, as she put it, a scene where a reader can see how a character changes. Of course, fiction provides a good example of why sex talk is often avoided, as in commercial fiction and more so in erotica, sex scenes are not included for their potential to add depth to the characters, but more so for their sensational effect and for generating sales. Perhaps, Sally Rooney’s success (and I have to admit that I am a fan of her work!) like is the case with so many other successful artists and writers is also about touching a raw cultural nerve and closing the gap, i.e., writing about sex explicitly, and yet in a way that moves us and engages us deeply.

I have noticed in my practice recently more frequent talk about sexual fantasies and re-enactments and have wondered what may be causing the trend. Though sex talk is always an area of careful treading, as one needs to ask the question Sally Rooney has paused about what is the point of the information conveyed given that neither voyeurism nor exhibitionism are conducive to relational intimacy, I find that there are few areas of life that can reveal as much about our unresolved conflicts and our emotional landscape as sex with the exception of dreams perhaps. In fact, a sex scene is very much like a dream scene following the same condensed codes of representation that Freud has identified in dreams.

As trauma research has clearly demonstrated our bodies are terrains of rich psychic representation. Like in the title of this now famous book on trauma, ‘the body [always] keeps the score’ (Bessell van der Kolk, 2014). And few truths are as naked as two bodies interacting in bed. How do we respond to each other’s smell, what are the fantasies shared or those which remain strictly private in the mind of each participant, what are the steps of the dance which is the sexual act, are the dancers attuned or uncoordinated? And finally, what is the desired result? Release, frustration, domination, submission, merging or returning to a solitary state? There are so many scenarios in any attempt at sexual inter-course as there are persons trying to be in relation with each other. It is tempting therefore to understand sex better not in order to satisfy our insatiable curiosity about what gives others a kick, but in order to begin to be curious about ourselves and the core fabric of our relationships.