Through darkness onto light

by Christina Moutsou | Jun 12, 2022 | Reflections on life and practice 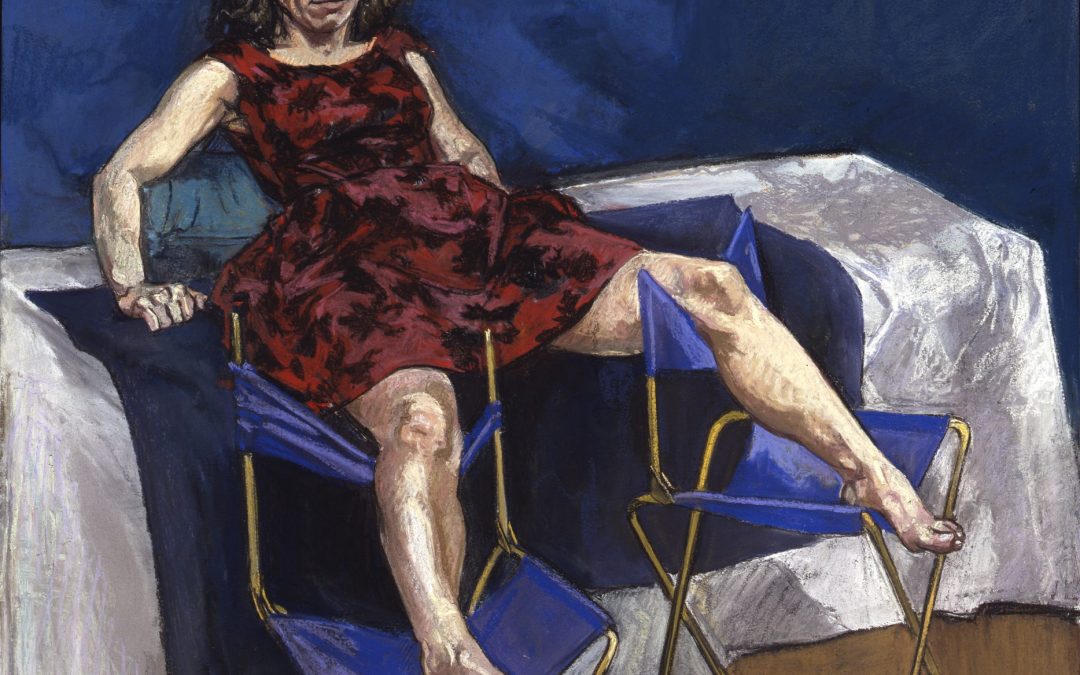 Through darkness onto light

(In memory of Paula Rego)

This week was marked for me by the announcement of the death of Paula Rego on Wednesday (8/6/22). It was also noticeable to me how many people I encountered in my practice and in life were in touch, if not sometimes overwhelmed, by a dark state of mind. I discovered Paula Rego’s work in 2016 when in search for a cover for our co-edited book with Rosalind Mayo, The Mother in Psychoanalysis and Beyond: Matricide and Maternal Subjectivity. My supervisor at the time suggested that Rego’s paintings would be a good fit for the book, which was very much hitting the nail on the head. Paula Rego belongs to a strong, but minority tradition of female artists who do not shy away from representing the darkness of the human and of the female condition as well as turbulent states of mind. Her work touches on the many faces of female violation and abuse and the cultural appropriation of the female body. I would anticipate that her loss will be felt throughout Europe, if not the world, as a strong contemporary and historical (as her work unfolded over several decades of the 20th and 21st centuries) voice naming women’s rights’ violations. This is especially relevant during a time in the post pandemic era, where violence, and more specifically violence against women, has once again taken a turn for the worse.

What is it like to face our darkness in all its magnitude and what are the implicit risks there? We live at a time where allowing dark states of mind to take over is considered particularly risky. What if we never come up on the surface for air again? National Health Systems around the world are overwhelmed and at the point of almost complete breakdown. In such a context, attending to mental health may seem like frivolity, let alone allowing people to express deep unhappiness and not trying to deter them from the predicaments of existence through medication or solution focussed therapies. The problem with the darkest version of despair, suicide, is that there is no way back to life, if one is successful, and so for most of us it feels like there is a moral duty to try and dissuade people from taking this ultimate step. But would that mean also dissuading people from feeling despair when their life situation, whether past or present is dire? It seems to me this is like throwing the baby out with the bathwater.

Paula Rego’s  life and work are a prime example of how facing up to the darkest moments in a person’s life may be the only way through to the light, even if at times one risks losing their way. In her famous abortion paintings, Rego depicts women in positions of utter passivity having foetuses extracted from between their legs. Not only is this a frank and stark representation of the multiple abortions she endured while having an affair with Willing who married her later on, but also, surely, of the violating dynamics of their relationship, which are far from uncommon even nowadays; women’s bodies have repeatedly over the centuries been taken for granted as the field of male appropriation. Was Rego a self-destructive woman, enduring abuse while she should have moved on to a healthier relationship? Self-destructiveness must have been part of the picture, but focussing on this aspect would take us away, I think, from the wider appropriation and objectification of the female body and how all women are subjected to this one way or another.

When being possessed by a dark state of mind, one’s internal world may well feel like the woman in the picture, one’s creative energy, the potential blooming baby, is being forcefully drained away from one’s body. And yet, what we can learn from creative geniuses such as Paula Rego, who must have evidently endured many prolonged spells of darkness during her lifetime, is that despair, and even hopelessness, are part of the human condition. Allowing oneself to experience dark states of mind rather than trying to shut them down can lead to forms of creative representation that benefit us all.  And this is what life is really like, an interplay between day and night, light and shadow.