by Christina Moutsou | Sep 24, 2021 | Reflections on life and practice 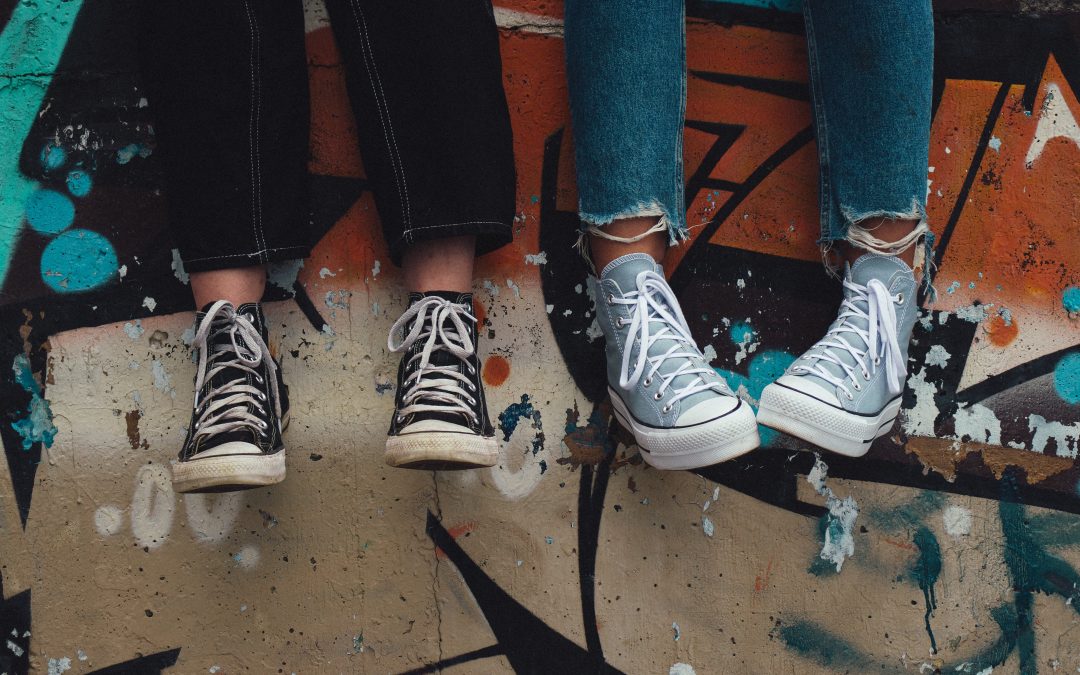 There has been so much written and documented about teenagers that one risks running into clichés or at the very least repeating what is common place. Yet, adolescence is in so many ways close to home for me. It is in my view the most maddening, dangerous, and yet, transformative and magical period of human life. Though my own adolescence was turbulent and painful, if I had to choose what my favourite theme for a Groundhog Day would be, it would have to be something like being a teenager again and again! This may sound pathological, but the magic of my adolescence was that through upheaval and trauma, I worked out more about myself and developing identity than in any other period of my life so far. What I started building back then is still unfolding at present in more than one ways, such as my interest in psychoanalysis and literary fiction, which both began when I was fourteen.

Teenagers get a bad press these days though, as anti-social and even dangerous creatures. It is not uncommon for a woman walking alone in London to cross the road and walk on the opposite pavement, if she encounters a group of teenagers, especially if they happen to be boys and even more so of colour. But the latter is another subject. What’s happening in our society which has prompted this suspicion and fear of teenagers who have been increasingly frequently associated with criminal and delinquent tendencies? The answer is rather straight forward; if their families cannot contain all of their explosive feelings while a teenager is in the midst of the push and pull of the intolerable pain of having to grow up, then somebody else will have to take it.

It may seem alarming when teenagers misbehave, but I am actually much more alarmed when I hear from a parent that their teenager never behaves badly. In fact, I rarely feel more disheartened than when a patient reports in my practice that they never rebelled or caused any trouble in their adolescence or, even worse, when they say that this period of life didn’t register, nothing seemed to change. It is a rule of thumb in those cases that the work of becoming an adult and all the angst that comes with it has to take place during the therapy or their lives may never quite come together. Some people have to remain mummy or daddy’s well behaved boy or girl throughout life and the consequences of the role allocated to them in childhood as well as of the burden of maintaining it are dire. The psychoanalyst Donald Winnicott who worked with traumatised children after the second WW wrote about his deep concern when those children appeared to be normal and well behaved and did not exhibit any symptoms of trauma. The symptom, he wrote, is a cry for help. Here is a quote by him about the ‘normal child’ which provides food for thought about contemporary teenagers.

What is a normal child like? Does he just eat and grow and smile sweetly? No, that is not what he is like. The normal child, if he has confidence in mother and father, pulls out all the stops. In the course of time, he tries out his power to disrupt, to destroy, to frighten, to wear down, to waste, to wangle, and to appropriate . . . (Winnicott, 1958)

Winnicott’s statement reminds me of another well-known Scottish psychoanalyst, Ronald Fairbairn whose written work constructed a theory of psychic structure. A key part of his theory was the concept of ‘the internal saboteur’. According to Fairbairn, it is unbearable for a child to realise that a parent is weak or unreliable or even malicious. The child has a quest for preserving the phantasy of the loving parent. Therefore, when parents are not able to contain their children emotionally through their own vulnerability or failure to care appropriately, the child will endeavour to preserve the phantasy of being loved and will turn the unloving, uncaring feelings against herself. This will then become what he named as the internal saboteur, a voice that stops the person from taking care of herself and making good choices or even a voice that leads her to self-destruction. So, going back to teenagers, the process of separating from their parents and leaving their childhood behind causes them a huge degree of turmoil and psychic pain. The question is will they trust their parents to contain this pain, even when it becomes explosive in its expression or will they have to take this pain out on themselves through attacking their own bodies or, even worse, will they end up attacking the very social structures they need in order to find their way out in the world?