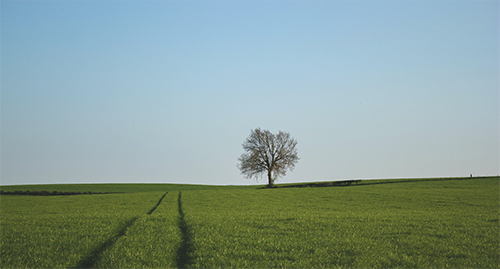 One of the main underlying questions in this short story is what happens to our feelings when, for whatever reason, we find it really hard to own up to something…

When I set off for my consulting room on Monday morning, if would have been impossible to know if it was late evening or the middle of the night or any other pitch-dark hour. The roads had not been cleaned from the weekend indulgences, empty bottles lined up near doorsteps and the bins were piled high with leftovers of takeaway food. Thankfully, I was operating on a tight schedule and I knew exactly what time it was. 7.03 am on one of the darkest days of the year, shortly before Christmas.

This was going to be my last session with Claire before my holiday break. I was about to board the overground train that would take me to the east of London in fifteen minutes exactly, my consulting room being five minutes’ walk from the station. If all went to plan, I would be the first to open the premises at 7.25 am, my session with Claire starting at 7.35 am, which would allow her in turn to be at her office which was round the corner at 8.30 am exactly.

When I stepped off the train, I noticed no change in the darkness all around me other than the Christmas lights, opulent in this part of London. Claire and I had been working together for just over a year now, and she had always arrived at 7.35 am on the dot, never a minute early or late. She was also always impeccably dressed – a feminine suit with a few touches, usually in the form of a flowery scarf. Her blonde hair was perfectly coiffed and her discreet make-up evenly applied. This made sense, of course, as Claire was the PA of a senior executive in a hedge fund and she just could not possibly hold such a position, she claimed, if she was not impeccable throughout. She did not nevertheless pretend to be happy or that she could possibly even know what being happy felt like, and just like the daylight never showing any intention of coming through during my brief journey to work today, I really could not see how I could help Claire feel any better.

The other problem we had was agreeing on the definition of what she was there for. She came for what she described as a flatness, a lack of joy in anything, as if she was operating her life through a remote control rather than living it. She was one of these people for whom even a detailed therapy assessment could easily reveal no more than dreary normality; she had a long-term boyfriend, they never argued, they had good routines of eating healthy meals together, occasionally going out with friends, travelling during their planned holidays, sex twice a week and both working long hours in ambitious, but established and risk-averse city jobs. Neither wanted children. The other thing Claire and her boyfriend, Mark, had in common was that they had very little contact with any family at all. They both had elderly parents living in the countryside, with whom they exchanged cards a few times a year. They had even given up the obligatory Christmas visit with the good enough excuse of finding it easier to travel abroad during the Christmas break, because of pressure at work, finding little resistance to the idea on either side of the family.

But there was one thing that was not that normative in Claire’s history and which had nearly escaped my detailed initial assessment. She was adopted…