by Christina Moutsou | Jun 25, 2021 | Reflections on life and practice 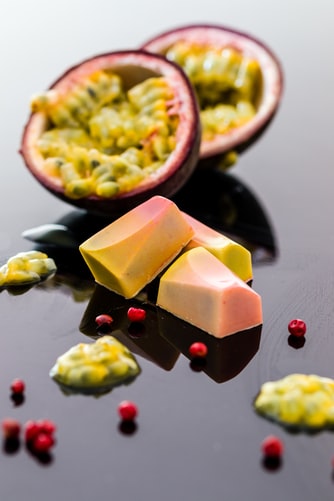 As it’s now officially summer after the solstice this Monday, I thought I will return to some fiction writing, a creative endeavour which I associate with the longer summer holidays and with the sea. All three of the above, namely summer holidays, the sea and fiction writing, are on my top list of what I consider to be deeply healing for my psyche. I also think that a narrative in the form of a fictional story may be more palatable in the summer months for all of us. The below very succinct short story is inspired by a terrible crime which has shaken Greek society to its core, as it has revealed some deep dark roots of xenophobia and misogyny.  It has also been reported in the British Press. The murder of a young British mother by her husband took place a few weeks ago. The woman was found tied up and with her little toddler crawling on her trying to wake her up. The husband was also tied up and it was initially thought that the crime had been committed by immigrant burglars before it was revealed that he was his wife’s murderer.

Here is the link to the relevant article in the Guardian:

Do you want some?

Do you know what it’s called?….Passion fruit.

It’s sour and refreshing. It’s also meant to be an aphrodisiac.

The splashing and squealing sounds in the pool from all the children whose play I could no longer comfortably join echoed in my ears along with his deep voice. The stuff he was eating had been delivered by a beautiful dark skinned waitress (who needs fake tan, if you are lucky to be born in a tropical country and to have smooth sun tanned skin, ready to receive the sea and the sun? My freckles were multiplying like newborn ants on the lobster skin colour I had acquired on holiday!) She was wearing a black uniform and white apron though. Seriously, which century do we live in?

‘It’s because this is an all-inclusive five star resort, darling,’ Mum had said. Seriously, did she completely lack any social conscience, even more so, a sense of shame for her ungraceful colonial origins?  At least, Dad had been a social climber following her whims, so did we all. ‘You are too young to stay alone in London, darling, she had insisted. Besides, Mark will be joining us. He’s just been through a break up. Do you remember playing with Mark, when you were little?’

‘Mum, I was hardly in primary school when he was a fully grown teenager full of pimples. Whenever you left us together, all he cared about was his Nintendo!’

The fruit he was eating looked seedy to me, and yet, if I were to place the beginning of things going terribly wrong in my life, it was the moment of accepting that spoonful of the sweet and sour slime in my mouth from his spoon after the third offer. Was it embarrassment, coercion or the beginning of a new stirring that at that moment that drove me to say yes? The best way I could describe sex with him was like the after effect of the few joints I had shared with friends at the bottom of their garden after school. A sense of leaving my body, rising above it and watching the happenings.

Barbados is hot and humid in the summer months, not the best time to visit, Dad had said. Mum was eager to be of service to one of her best mates whose son was heartbroken though. Then, she conjured up an extra reason, my sixteenth birthday.

‘I’d much rather spend it with my friends in London, Mum.’

‘You can have the best of both worlds, darling! Please be grateful for all the privilege!’

Sex with Mark in Barbados made boredom go away. It was like little bubbles went up my legs. I anticipated pain, but there was none, just the mesmerising thrashing, the passion fruit like slime dripping down my legs. Was that what falling in love was like? I doubt it. Mark was even more privileged than I was, and unlike me, he seemed perfectly accepting of his place in the world. Slowly, but steadily, he began telling me about his views of life, and god he had many of those. Women, apparently, were meant to receive men, to contain and sacrifice. This was the order of things, this was the stuff that made relationships work in the end, the container and the contained or something like that. It was a privilege to fulfil one’s true identity and place in the world, he would say. It is what will make you, Elisa, happy in the end, to be the container, to give life! Was he joking? WTF!

I just don’t get it how I never managed to mock Mark’s beliefs in his face. Normally, I would have laughed it off with my friends. ‘What a jerk!’ we would have giggled after walking away. But my friends were not there and I was feeling more alone than ever. I was known as a rebel at school. Yet, my favourite sociology teacher had put it another way. ‘She has all her wits about her and this may put her in a little trouble with authority at times, but it will serve her well in the long term, Mrs Dickinson,’ she had reassured my mother on parents’ evening.

What I really don’t get is why when I realised that Mark’s seeds had taken place inside me, I did not rush to my GP to demand an immediate expulsion. I had just turned sixteen after all, I had rights. By that point, I was so repelled by my family, especially Mum, that any passport to a quick exit from home, to living life without having to see them every day would do. Maybe, I also hoped secretly that that baby would give me all the love and connection I longed for, that I would never have to feel alone again. It was going to be my very own passion fruit after all!