by Christina Moutsou | Aug 27, 2021 | Reflections on life and practice 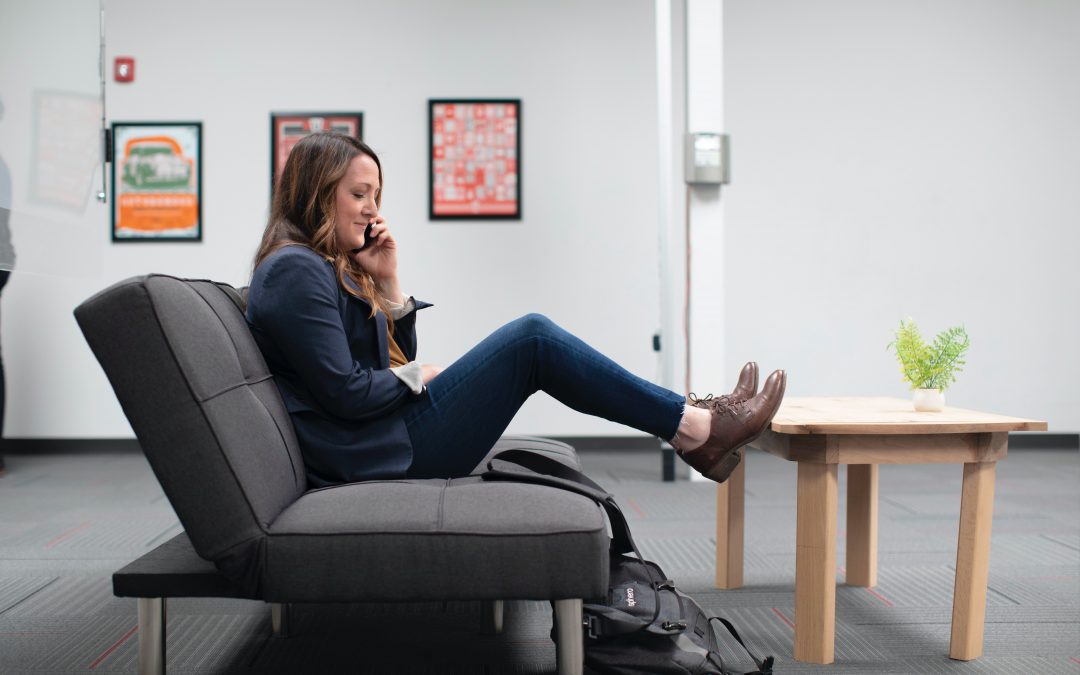 How many of us speak on the phone with friends regularly and spontaneously these days? In this short story, I look at the loneliness of the social media world and reminisce on the delights of a lost habit.

It was yet another day that she would follow the same routine; Get up at 6.30 am, unplug phone, go to the toilet, check email (usually very little of significance here so early in the day), check FB, check Instagram, spend more time on Instagram through the lure of the image, check the Fitbit app to see if you have managed you seven hour target of sleep, go for a 30 min run or do some morning yoga and stretches, have a shower, get dressed, wake the children up at 7.30 am, get their preferred cereal on the breakfast bar, say goodbye to them and to Daniel and be ready for work at your home office by 8 am. Then, she would finish work by 4 pm or 6 pm depending on how heavy the day was, would go for a walk and a take away coffee on her early finish days, she would cook dinner, which they would all have together at 7.30 pm while catching up on their respective days (that was on good days, when they wouldn’t kill each other over the kitchen table…). Then, Daniel would tidy things away while she caught up with answering some more emails, giving herself the excuse that it would make the beginning of the following day less stressful, while in truth she knew that we are all supposed to be on our emails at all hours these days, and that no matter how boundaried she was trying to be, she could not push herself out of the market. By 9.30 pm, she was in her night outfit and her favourite hour of the day began, an hour of cuddling up on the sofa with Daniel while he watched his favourite shows on TV and she would surf some more on social media and catch up with friends and mum-friends through text. In truth, every work day felt like a sixteen hour day, 6.30 am – 10.30 pm nonstop, as even the evening cuddle up with Daniel entailed work for her. She could just not be self-employed and not have a presence on social media she had been advised repeatedly, so that last hour before bed was her chance to make sure she made her presence felt.

There were a few variations to this schedule, an occasional weekday dinner out with Daniel or with friends, which felt particularly wholesome, just like a little sin during the week, though if she had any more than two small glasses of wine on these outings, she would live to regret it with a lingering headache the day after. Also, in reality, any time she tried to stretch herself even more than she was stretched already, her sleep would be more like five hours rather than her target of seven, which would make going through the following day particularly tough. In truth, routine was Helen’s container in the absence of many others that could have been there such as a generous and well-paying employer or a giving network of friends and family. At least, she had a supportive partner who always picked up where she had left, working as a team had been their strength in the last few years and Daniel’s token of love. He was not always good with demonstrative words or gestures, but his actions would speak volumes in recognising how tough it was for her to be a self-employed woman and mother in a competitive field with little other support. He would choose to help rather than hinder and this is not to be taken for granted in the so-called contemporary partner relationships of love.

On her good days, Helen would recognise that the absence of offers of help were not because people disliked her, though she had encountered malignant envy where she had previously assumed a close friendship one too many times in her life before, but much more because she projected out that she was fiercely independent and would much rather do things her way. On bad days though, it could feel rather lonely and loveless to contain herself so effectively through her impeccable routine, despite Daniel’s caring presence. Did the container always have to be self-made?

So, it was a real surprise when one morning while on a short break after taking a call from a client, her phone rang. She stared at the screen almost automatically assuming it was some kind of spam, but the mobile number on it, though unknown to her, seemed too real to be a spam number. Whatever it was in the particular combination of digits that prompted her to pick up, that day was one that she would remember for a long time to come.  The voice on the other end seemed instantly familiar, though not one that she had heard for a long time.

‘I am sorry to call with no warning,’ the trembling voice of the woman said, ‘but you’ve been on my mind for a long time now.’

She did not even seem to think she should give her name at the beginning like most people who have not been in touch for the best part of a decade would assume normal practice.

Helen didn’t know if she should feel rage or elation upon hearing her long lost friend’s voice and she was not one to easily give in to her soft feelings, yet this time, softness prevailed easily. She was elated. She remained silent. She had now lost her voice.

‘I am so sorry I have not been in touch for all these years. You have been in my mind every single day…’

Still no voice that Helen could find.

‘He had been diagnosed with cancer ten years ago. He didn’t want anyone to know. He…we gave a brave battle. He outlived his prognosis by far, but it meant ten years of being mostly the two of us. Every day felt like the last we could have together and we tried to make the best of it.’

Lisa had been one of the main reasons underlying Helen’s extreme independence. She had been the person she had called her best friend since primary school, and yet, she had dropped Helen with no warning during one of her most vulnerable moments, when she unexpectedly suffered from debilitating postnatal depression after giving birth to her daughter her precious little girl, she had so wanted. ‘The birth of a child is likely to bring up earlier losses,’ the therapist she had been forced to see at the time had remarked. Nonsense! Why losing a mother she never got to know as a baby would matter at all now that she had managed a fabulous natural birth and she had just acquired the little girl of her dreams? In Helen’s mind, Lisa was the true cause of her depression. She chose to drop her through envy (she and John could not have children and after three failed IVF attempts they had decided to cut their losses and accept their fate). Lisa had proved Helen right in her darkest beliefs about other people. She should never ever trust them and even more so rely on them, as they were most likely to drop her when she was at her most vulnerable. She abandoned therapy as soon as she could stand on her two feet and opted for being super self-contained and independent. Of course, she assumed that Daniel was also almost certain to let her down and for years she operated on this hypothesis, but despite her best efforts to destroy the relationship so that at least she was proven right, he remained at times exasperated, but consistently trustworthy.

She had not given up on Lisa straight away. She had kept her number on her phone for a few years, but in the end it made her too sad to spot her name when she browsed at her contacts. Once she deleted the number, she felt like she had also deleted Lisa from her memory, but her phone call proved that memory was a much more complicated business than Helen had previously assumed. At the end of that phone call, Lisa asked timidly, if it would be all right to stay in touch and to speak on the phone from time to time. And Helen surprised herself once more by answering yes with no hesitation.

Yet, she found herself unable to pick up the phone as the days passed by. After all, she had got out of the habit of speaking to people on the phone spontaneously. Did anyone these days? But Lisa did. She would often leave a message, if Helen did not pick up and every single one of them made Helen’s heart warm up, as Lisa’s messages were like a breeze of fresh air, light, not demanding, but warm and like it was yesterday they were young and best friends. So, over the following weeks Lisa and Helen established a new routine of speaking on the phone once a week. Helen could never much recall what they talked about, as it seemed to be about nothing and yet about everything. After the phone calls with Lisa, Helen noticed that her work routine would no longer feel like the only container she could possibly have.