by Christina Moutsou | Aug 26, 2022 | Reflections on life and practice 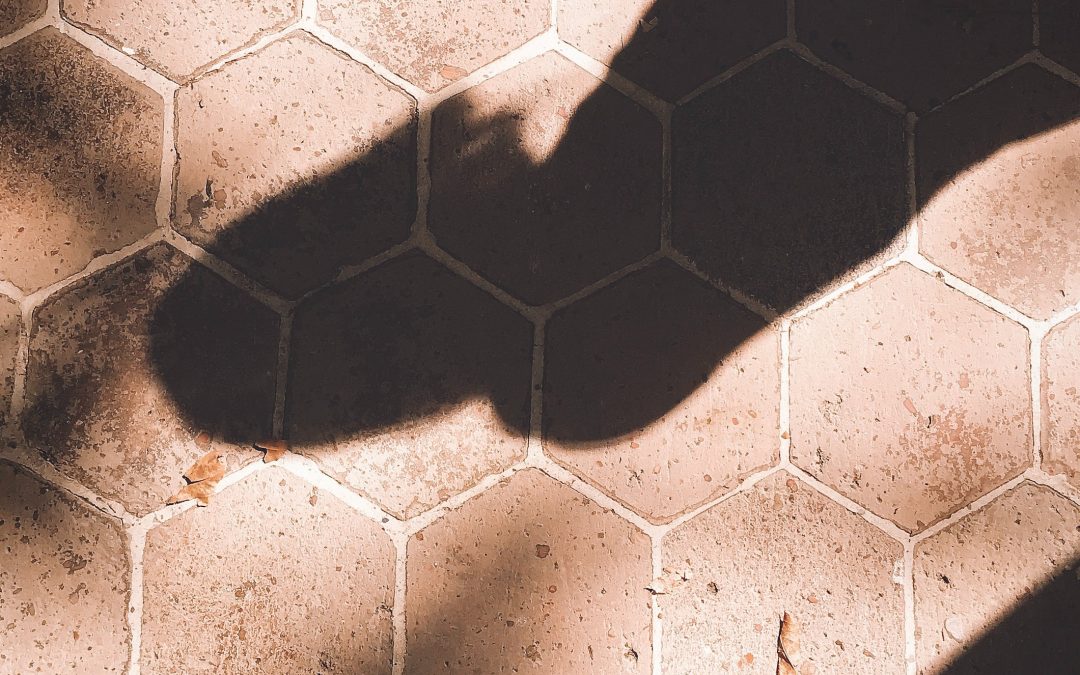 Below is an extract from my latest short story set in the Pandemic, Living with shadows. Could the secrets and concealments of family life turn ultra-dark during the time of the Pandemic?

In all of my 156 years of life, I have never experienced a situation such as the one taking place during the last two years in London, the years which have been called the Pandemic. I am used of course to my rooms being inhabited by various members of a family, I am even used to some rooms being almost permanently inhabited such as when live in maids had taken residence in one of my inferior, small bedrooms or when the brother of the main breadwinner of the large Irish family who lived here before Pamuk’s and Marianna’s family had taken permanent refuge in the attic room with a bottle or two of whiskey which would be fetched to him upstairs daily until his liver failed completely and released him from his demons and sorrows. However, I have never ever witnessed a situation where the members of an entire family, including their beloved pets, in the case of Marianna’s family, a cat and a dog, as they were unconventional even in this respect (in my 156 years of life I never had a cat and a dog live in my premises before and on top of that be best of friends!) lived under my roof continuously every day for weeks and months on end with the exception of short brief walks to the park nearby. This put considerable strain to my walls and floors, as the children in particular would take out their frustration through wild indoor games that should have never been allowed inside a Victorian abode under normal circumstances, such as punching bags against my walls, using their beds as trampolines and hanging upside down from my ceiling through loops badly attached to my beams. Honestly, I feared for their safety! But to be honest, this was much preferable than when all three of them would become vegetated in front of screens for hours on end!

The most interesting development though was how Marianna and Pamuk’s relationship progressed through the so-called Pandemic. To start with, they became very close. They would spend hours in bed every morning talking about this new world situation. They would even share their feelings of claustrophobia and how they disliked being confined indoors, as they both came from a strong outdoors culture of mingling and sharing. They started making love every morning after their long talks. They held hands in their walks to the park and they even took picnics there under the bitterly cold, but unusually bright sun during two painful spring seasons of continuous lockdowns in their desperate attempt to recreate the outdoors culture they both so loved and missed.

But then soon enough, despite their growing love and connection, Marianna’s shadows started coming out more and more during the night. She was not that good at sharing her dark moods. When Pamuk enquired, as she became withdrawn and started objecting to their daily lovemaking, she admitted that the confinement reminded her of the time when she was fourteen when she was enclosed in the house with maids after her father died suddenly of an aneurysm. She said she felt back then like a canary in a golden cage, a feeling accentuated by the fact she was an only child and led a solitary existence for most of her childhood even before her father’s death. She said she had started feeling almost as isolated and enclosed now as well. But now we are together Marianna, you are not alone! Pamuk would murmur, but he was never one to be very demonstrative with his feelings and he would soon withdraw into his study, where he could easily forget himself and his hurt for several hours. Marianna, like Pamuk, was not good at letting others comfort her when her shadows would come out. Sadly, despite Pamuk’s obvious adoration of her, she still carried this adolescent immature and irrational belief (yes, Marianna was a fine woman, but she was far too irrational and over emotional for her own sake, I am afraid!) that nobody loved her. This feeling would very easily become a certainty, if demonstrations of love from Pamuk were not daily and tangible, so as he became more withdrawn, Marianna was quick to distance herself even further.

What Pamuk didn’t know was that the reason Marianna had suddenly withdrawn from him after several months of lockdown during which, they had been the closest they had ever been was that she was hiding a secret. What Marianna didn’t know was that the first lady living in this house, Anne, had also felt confined and betrayed when her husband had started extending his trips to the Southwest counties, and like Marianna, she interpreted her disappointment about his increasing absence as lack of love, even though like Marianna, she was loved deeply by Charles, but her inquisitive nature and artistic disposition would make her moods easily turbulent. She, like Marianna, had become ill with what started as a hard, internal spot in her right breast, and she, like Marianna, had decided not to tell anybody until it was too late.

When Marianna discovered the spot during one of the nights when her demons had come out dancing, she was not as passive and inactive as that first Anne. She booked in fact straight way, a telephone appointment with her GP, as no in person appointments were taking place during that time, and following her description of the spot, he advised her to have an ultrasound scan and possibly a biopsy. This was not classed as ultra-urgent though (here was the absurdity of the pandemic and the ongoing crisis in the NHS! The only situation classed as ultra-urgent was imminent death, which most of the time could not be avoided in any case, so the prompt intervention in those cases hardly made any difference at all! While a young woman with three healthy growing children suffering from a potentially lethal disease that could very likely be curable was left in her own devices, as she was classed as not urgent care! In my 156 years of history, I have never witnessed atrocities such as this!), so she would have to wait for a referral letter which could take the best part of a year! Of course, if Marianna were to share with Pamuk her worry about the little lump, he would have arranged straight away for a private scan, but as I have stated before, Marianna was not good at sharing her shadows with anybody. Besides, her GP’s attitude made her feel deeply uncared for, just like when she was fourteen, and when Marianna felt uncared for, she would quickly put her shutters down and begin her solitary dance with her shadows. So, after nine months of intermittent lockdowns and while a new one was deemed as imminent, Marianna Kostopoulos decided to move her bedroom to the attic floor, to a room, where unbeknown to her, many people, and significantly many first ladies of this house had drown their last breath in before.