by Christina Moutsou | May 21, 2021 | Reflections on life and practice 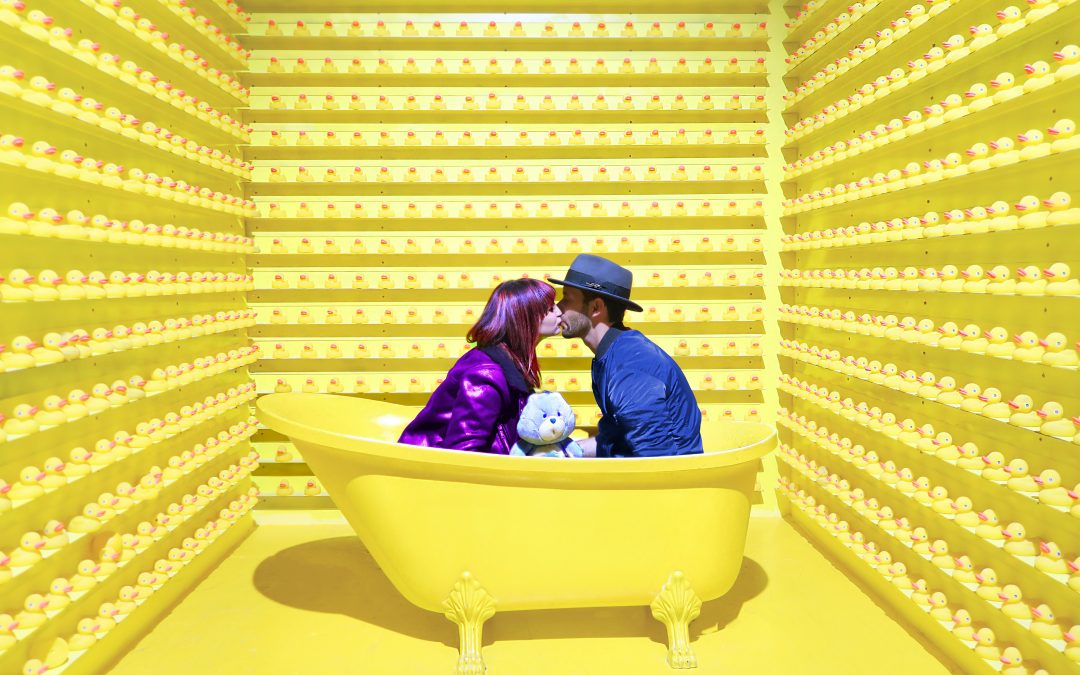 As I am preparing for teaching this week on ‘the relational’, I am struck by how many of the narratives I listen to on a daily basis at work and in life are about relationships. Though I mainly work with individuals in my private practice, sometimes, it feels like I have to hold several couples in mind, those my patients are in, but also those of friends and family and myself. As much for most of us being in an intimate relationship may be the closest to contentment we can envisage, relationships, when they descend to conflict and heartache or to disconnection and alienation, can also be the closest experience we have of what Sartre described as ‘hell is the other’.

What is it that makes relationships hellish and how can we stay more in touch with their potential for nourishment and contentment? There is a huge appeal, if not seduction, for some of us in the prospect of fusion in the sense of intimacy which excludes the world, a cosy bubble of warm connection. And yet, all couples exist in the world in a complex network of connections with other people. Not infrequently, the idea of the third becomes highly threatening for a couple’s private life, whether this takes the form of a partner’s attachment to work or his friends or even more the fear of infidelity and ultimate rejection and betrayal. Sometimes, when insecure, one of the two partners in a couple or both will want to ensure exclusivity through blocking the world out. And yet, two on its own is a maddening number, as in the gaps between moments of connection, it is easy to allow paranoia and a sense of persecution to take hold of one’s mind, especially in those who have been insecurely attached in their own childhood. It is not uncommon then, for people to experience agonising loneliness and disconnection even in the presence of their partner. Below is an extract from Three in Bed, a story about the need for a third factor which can contain the couple’s paranoid anxiety, but also a story about a couple’s creative potential for growth.

Mikiko and Jack married in a traditional Japanese Buddhist ceremony about a year after she had moved to London with him, attended by Jack’s two university-age sons who had by now also been converted to Mikiko’s cooking, and her parents who took their only trip to London for the occasion.

All couples are like cross-cultural marriages, it occurred to me in session three. When it works, each person grows, living in the other’s culture like an anthropologist transforming themselves during fieldwork in a remote place. When it starts falling apart, it feels more like being trapped in a West African village struck by Ebola into quarantine. When Jackson was born, it felt like my relationship with Isabel changed from being a mutual exchange of culturally diverse delights to living together in the Ebola village with no escape route. Not that this had entirely sidelined my excitement about becoming a father, but Isabel’s fright and claustrophobia were hard to miss. Should I have suggested that she sought help for postnatal depression then, when she was clearly at the worst of it? Did I miss the boat for ever by hoping that we could pull through this together? Seeking help, this is what Jack and Mikiko were doing now, and even though it may not have seemed like a big thing to them, it may be what makes the difference in the end.

Jack and Mikiko both grew in each other’s company during the first few years of their relationship. He lost weight naturally with no diet at all, just by following the Japanese way of eating, Mikiko informed me. As for her, she was accustomed to being the only child of older parents with chronic health problems. Deciding to come to London at the spur of a moment was a life-changing event. She realised how fiercely independent and proud she really was. She quickly found herself a highly paid job in the estate agency and grew her network of friends. For the first time ever, she felt in charge of herself.

What changed everything was Mikiko’s mother’s death three years ago, Jack said. As usual when a difficult subject was being touched on, Mikiko grew silent, withdrawn. Her mother suffered from congenital heart disease which meant that her pregnancy with Mikiko was high risk. It didn’t help that both her parents were heavy smokers.

‘It must be difficult for you that your father now lives in Tokyo by himself’, I had intercepted. ‘Does he have any other family nearby?’

‘Not much. Just his sister, but she lives two hours away by train.’

‘Are you worried about him?’

‘I try not to think about it’, she said in a flat tone.

‘Do you blame me for taking you away from your country, your parents?’ Jack came in.

It struck me that as much as Jack was emotionally articulate, his openings always had the same effect of closing things down between them.

‘Not at all’, Mikiko replied sharply, eyes focused outside the window.

‘See’, Jack turned to me. ‘I try to talk to her and I just can never reach her. When we come here and she reacts like this, I end up thinking that there is no point.’