by Christina Moutsou | Jul 2, 2021 | Reflections on life and practice 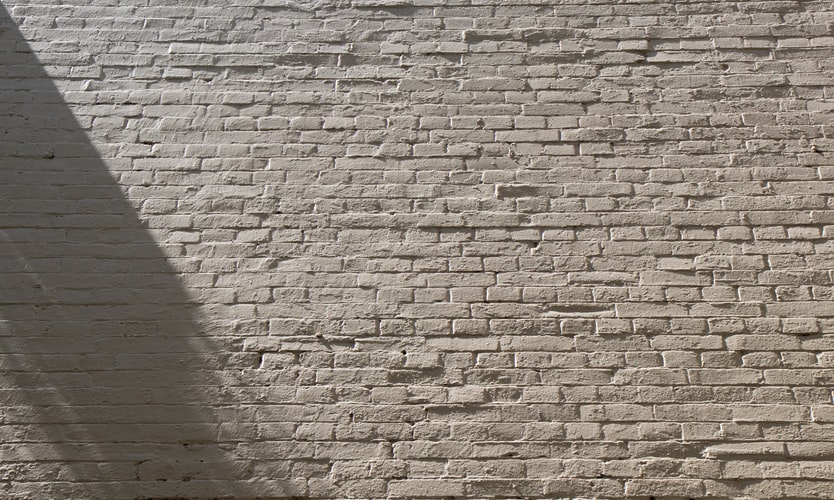 This is the second in what I hope will be a summer series of succinct short stories inspired by life and practice. What does it feel like to hit a brick wall? This is perhaps, the most common state of mind that brings people to therapy, but at times in life we all have to bear with it. Sometimes, acknowledging that this is where things have got may allow for reconnecting with our gut feeling and eventually, rerouting.

Anna Sparks was a very lucky woman. She had a high flying career and particularly, like some of her friends stressed to her, an interesting and meaningful one, not just a money making preoccupation. She also had a nice and caring boyfriend who happened to be handsome and successful as well, a real catch. The two of them were a glorious couple. Anna was cautious of her activity on social media. She kept a presence on Instagram like most of her thirty something friends, but she only gave in to posting a couple of pictures per year of her exotic holidays with Johnny (they both loved scuba diving in tiny islands near the tropics and they had visited several over the years) and of damask coloured sunsets while doing the other hobby they both loved, paragliding in various oceanic locations. Anna and Johnny were an example of a couple who had it all, love, success, passion, looks, health, the list was long.

Yet, recently, Anna had got in the habit of coming back from work as an advocate for animal rights all over the world, including even further travelling to remote locations, and storing carefully in the fridge a few bottles of expensive white that would take her through the weekend. She started doing that to begin with when Johnny was also travelling for work, it was a little treat of self-love and relaxation, she told herself. But now, she could no longer stop, especially after she had turned thirty nine. Johnny had sent her a look of surprise and shock through the subtle raising of his eyebrows the first time he noticed she had cleared a bottle by herself in a sunny afternoon the day after her thirty ninth birthday party. ‘Well, I am still celebrating,’ she had responded to his gaze with a shrug of her shoulders. ‘Do you want to join me?’ ‘No, I have work to do,’ he had murmured. So, the more he brought work home over the weekend, the more bottles she cleared by herself lying in the hammock they had strategically placed in their roof terrace overlooking some of London’s most exciting skyline.

The thing is it was not only Johnny who was no longer keen to join her in her partying, none of her friends were. At least, they had good reasons for it. Most of them had babies to tend to before the crack of dawn or they were in the process of trying to create one. The thing is that should not have been an issue for her at all, as she knew from the very beginning that having a baby was not going to be on the cards with Johnny. She always had a tendency to fall for the mysterious type, the kind of man who gave out the sense of carrying a dark secret, but at least in the case of Johnny, it had been totally worth it. By the time she met him, almost exactly ten years ago, she had been through all the usual experiments of one night stands, dating, summer flings and failed attempts to have a longer term relationship. Johnny was the one, she knew right from the beginning, but if she was honest, it was also his reticence, his holding back that had got her head over heels.

And then, right when she had totally surrendered to the feeling, he had disclosed. I am no relationship material, he had warned her after a passionate night in bed. I can never ever have children. Johnny suffered from a rare genetic condition, which meant that he effectively produced no sperm. She still remembered the bizarre feeling she experienced then, almost like falling down a roller coaster and the void in the stomach this leaves you with and at the same time, the laughter of exhilaration and adrenaline of the ride. She was someone who loved flying after all. It was the laughter that dominated her response straight away. ‘Don’t worry, having children is as undesirable for me as it may be impossible for you!’ she had replied. Later on, in more sober moments, they had discussed the baby thing in the early days, and Anna was relieved to discover they were very much on the same page; having children was nowhere near the list of the things they both wanted to experience in life, setting Johnny’s biological issues aside. So many other things were.

Anna’s upbringing had been middle in so many ways, middle class, middle ground in politics, the dullness of growing up in the Midlands. She had also been the middle daughter of three, which on its own gives a girl many reasons to escape as soon as possible, and she did. She was not that picky about what she wanted to study as long as this something was in London, an exciting, hybrid cultural scene away from home. She had also set out to live the life her mother would never allow herself to dream of, the life that was nothing like the Sarah Kay fairy tale dominated by motherhood her mother had aspired to. Surely, there was better than that in life! Mum had remained unfulfilled outside her mother persona and her love for a glass of bubbly or white had certainly been registered in family gatherings. Yet, Anna’s older and younger sister were both very good at keeping Mum busy with all their endless problems and dramas. Anna’s life had been separate from early on and almost deliberately not middle in every single way.

It was visiting a dolphinarium in Thailand that had created the sudden change in her. She had never noticed before the intense affection and dedication with which some animals tend to their little ones. She had caught herself staring and staring at the little dolphins’ breast feeding rituals. She had often thought that in a previous life she must have been a sea creature herself. Something about the baby dolphins attaching themselves to their mother under water had hit home.

This is when the tears started, as flashback memories of sitting on her mother’s lap when she was very little or chewing on her shredded security blanket crept into her mind. What was all this about? Had she left home too early and lost her chance to find her way back? Would having a baby be a way back to Mum’s Sarah Kay hugs, even if they were always shared with her sisters, never quite just for her only? Maybe having a baby would give her this intense tender one to one love for the first time in her life after all. But would that even mean? Leaving Johnny? Would she have to be the one to run away once again? This is what she had done for all her life before meeting him. The questions and the tears kept flooding in, but no matter how much she tried to process them she would always hit a brick wall. The only time she could get hold of her old, adventurous self these days, the Anna who loved exploring the bottom of the sea or the clouds in the sky or Johnny’s golden body in bed was when she nursed a glass of wine under the sun. But then this was also the time that Johnny seemed to be further and further away. She was all the more frequently gazing over the horizon in their roof terrace alone, and yet, all she could see in front of her was that brick wall again.