by Christina Moutsou | Jan 15, 2021 | Reflections on life and practice 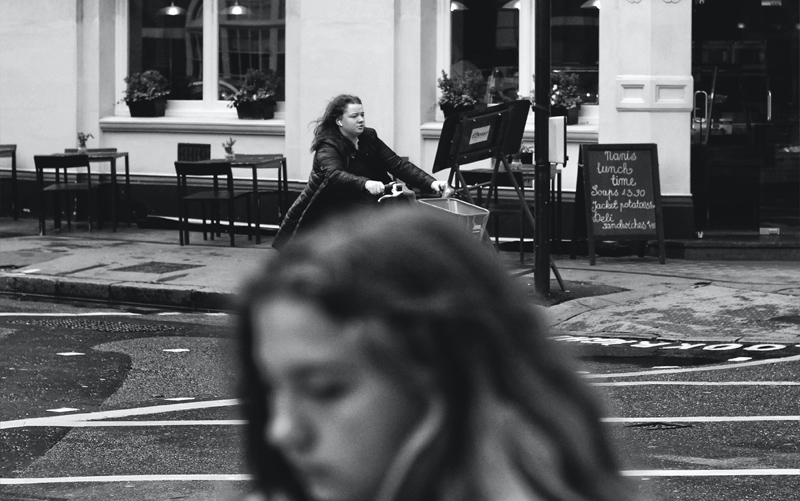 There are moments in life that are like meeting an old lover at a crossroads. You may bump into each other, exchange a glance and get reconnected in an instant or you may decide to quickly put your sunglasses on and feel relief when they choose to turn away at the last minute.  How do we ever know when an encounter with the past is preferable or desirable or whether the meeting should get aborted, whether the two people who happen to cross paths are better off being reminded that they are now strangers and should remain so?

Crossroads are heavily subscribed with meaning in literature as well as in psychoanalysis. The story of Oedipus, one of the cornerstones of psychoanalytic thinking, is about coming face to face with his destiny at a crossroads where he kills his father (an old man that he does not recognise). Subsequently, he marries the old man’s wife, who unbeknown to him, is his biological mother. For Oedipus, the meeting at the crossroads was the beginning of his tragic story catching up with him. The horrible oracle at the beginning of his life that he was going to kill his father and marry his mother, which he had tried hard to avoid, was now beginning to unfold. Would he have avoided the collision with his destiny, if he had diverted? In ancient Greek mythology, crossroads were thought to be connected with the supernatural, a meeting between the human world and the world of the dead. Perhaps, we can think of crossroads also, as a meeting between the past and the present or between Freud’s ego and id, our conscious agency to take control of our life and make choices and the buried levels of repressed instinct catching up with us. Oedipus thought that his agency and conscious choice meant that he would be in control of his life, but tragedy won over.

In my mind, crossroads represent both a meeting between the past and the present, a risky crossing of boundaries and the possibility of making an informed choice, which is the only way out of our compulsion to repeat the past. The reality is that ultimately, we are not in control of our lives and the repeated tragic events of the last year have brought this home to all of us. Also, many people live their lives like Oedipus, trying to erase the past, to soothe themselves through oblivion and believing that if they don’t face up to the truth, they will not feel any pain. Can this ever be so? In Maggie O’ Farrell’s latest novel, Hamnet, a young girl is being told that she only has one mother, the woman her father married after the tragic death of her biological mother while giving birth to a younger sibling who did not survive either. The girl objects. She insists that she remembers her mother. She experiences flashbacks of a blood soaked bed and a woman’s still body lying on it cradling a little baby doll. These fragments of memory, the transits between a ‘forgotten life’ and her current reality keep alive within her the spirit of the sorceress, which is effectively her vital connection with life and Mother through nature.

Remembering and understanding the past is unsettling, but ultimately, it also makes it possible to keep one’s spirit alive. Yet, like when standing at the crossroads, it is important and a privilege to be able to make a choice about which road to follow. What we often see in therapy though, is that people may choose a particular path out of fear of feeling the pain of the past which, like for Oedipus, leads to the paradox of ending up repeating the tragedy. A different approach may be to take in the encounter with the past and to be able to think and learn from it. To be able to ask the question what is the conversation we want to have with this old lover and whether there is still something unresolved that we need to address or whether we are better off continuing to walk our separate ways after taking stock of the encounter at the crossroads.